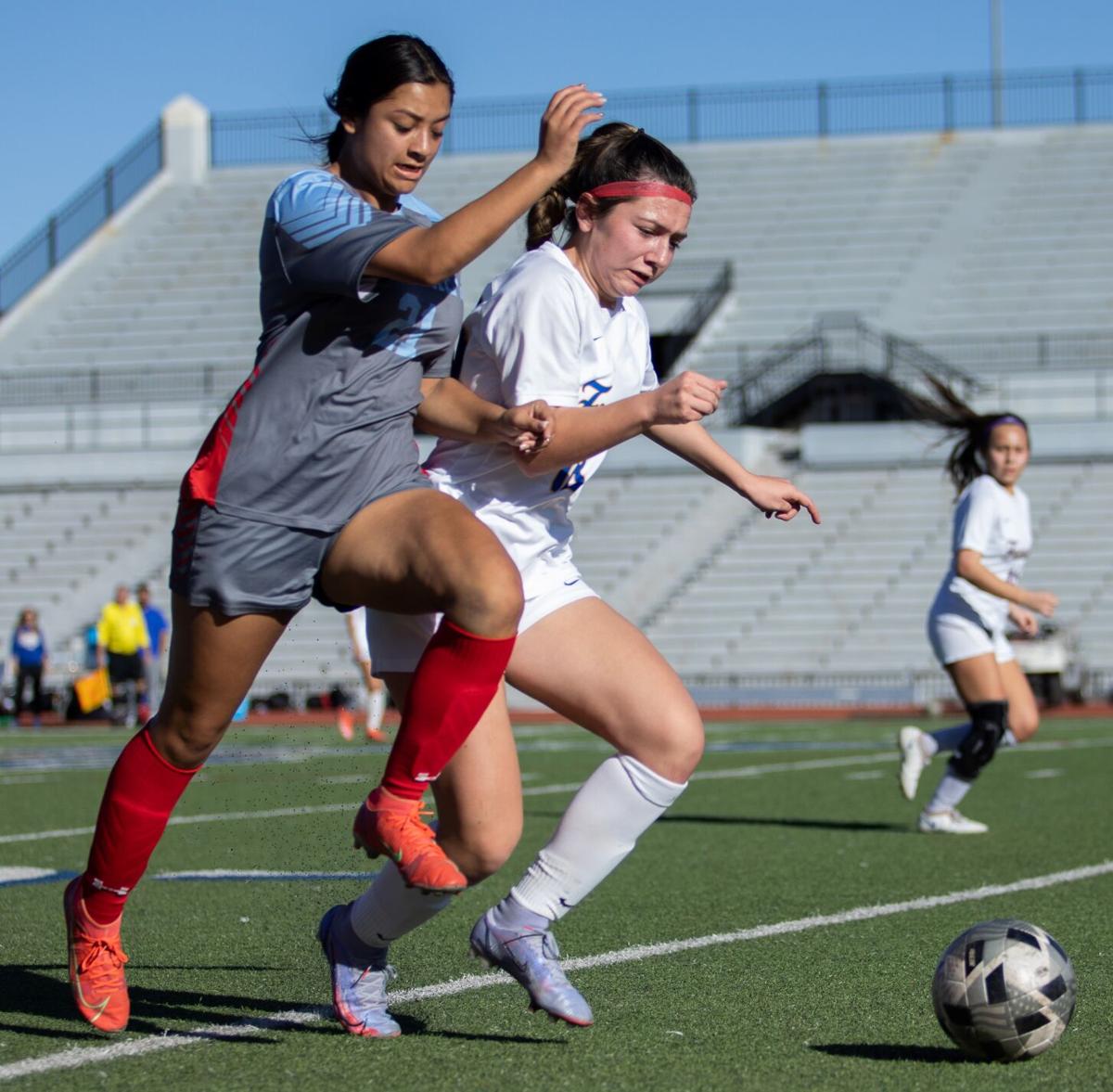 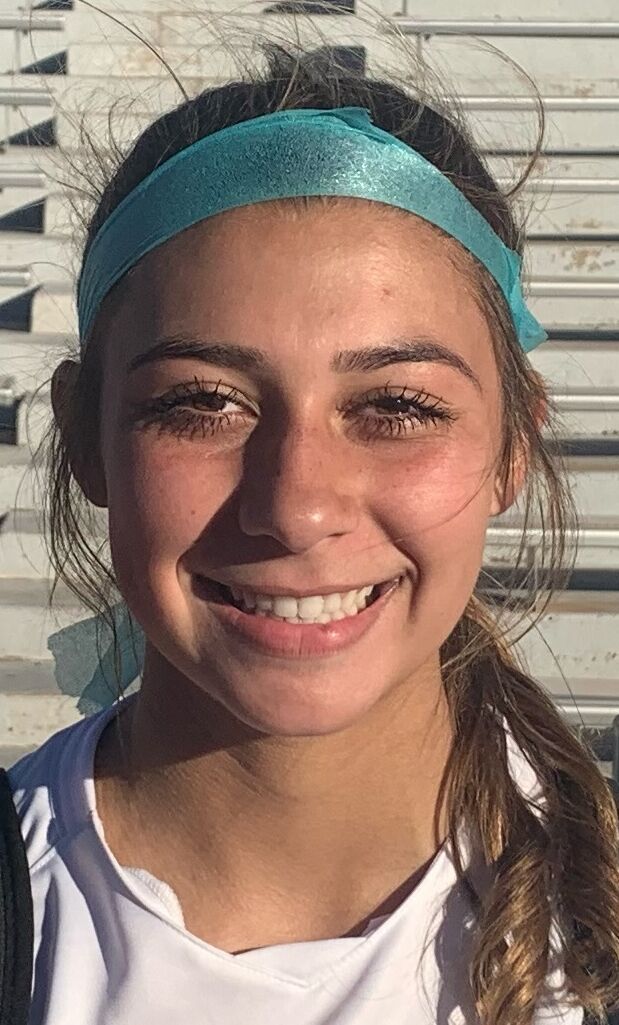 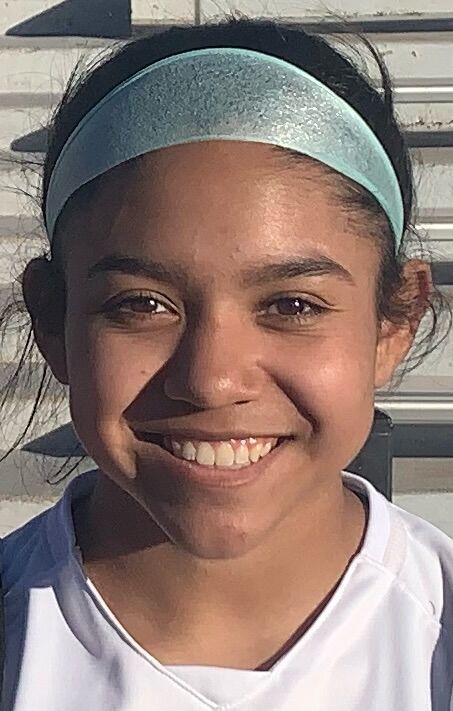 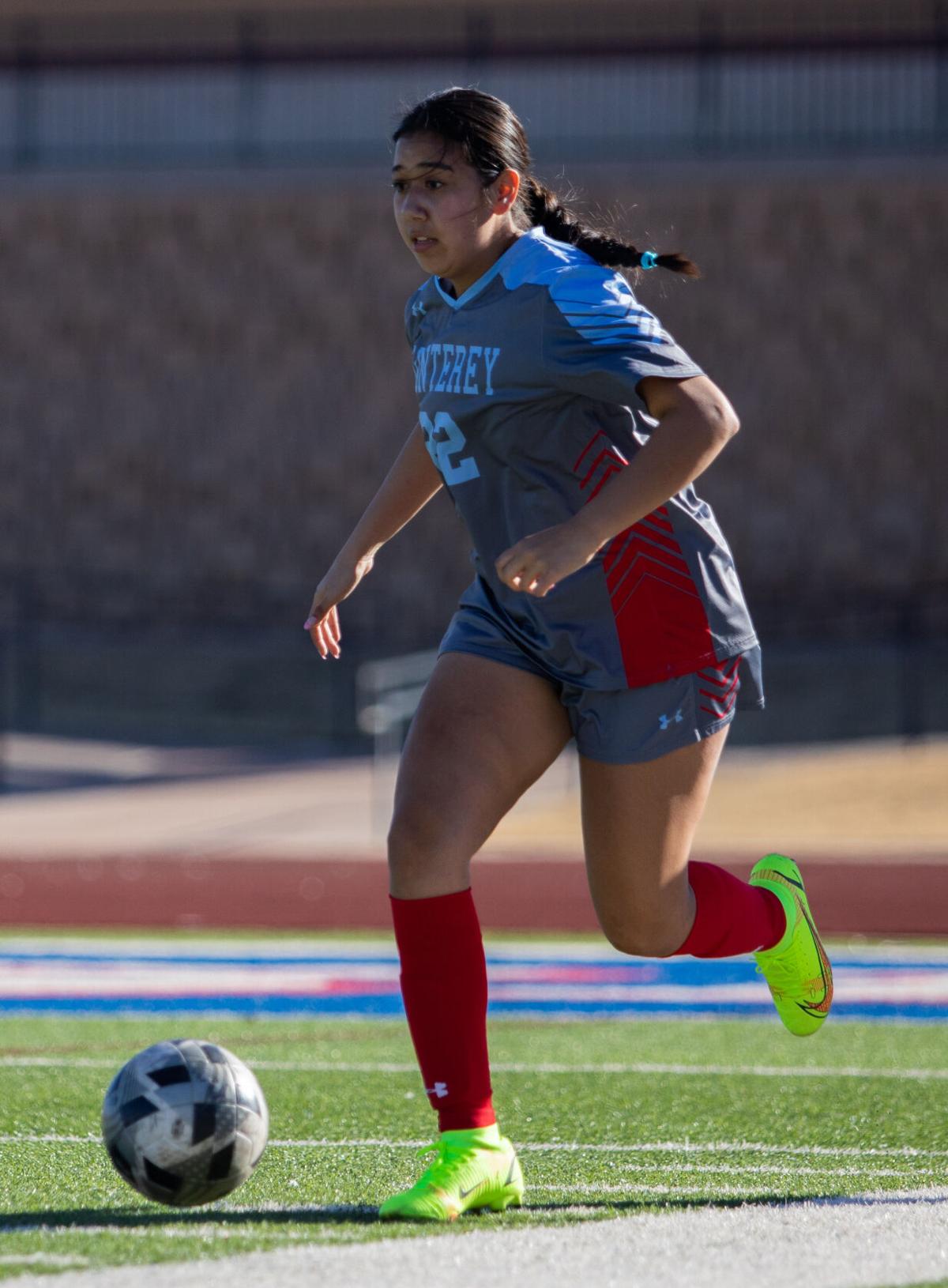 Monterey’s Tori Vidaurre looks for a pass down line. 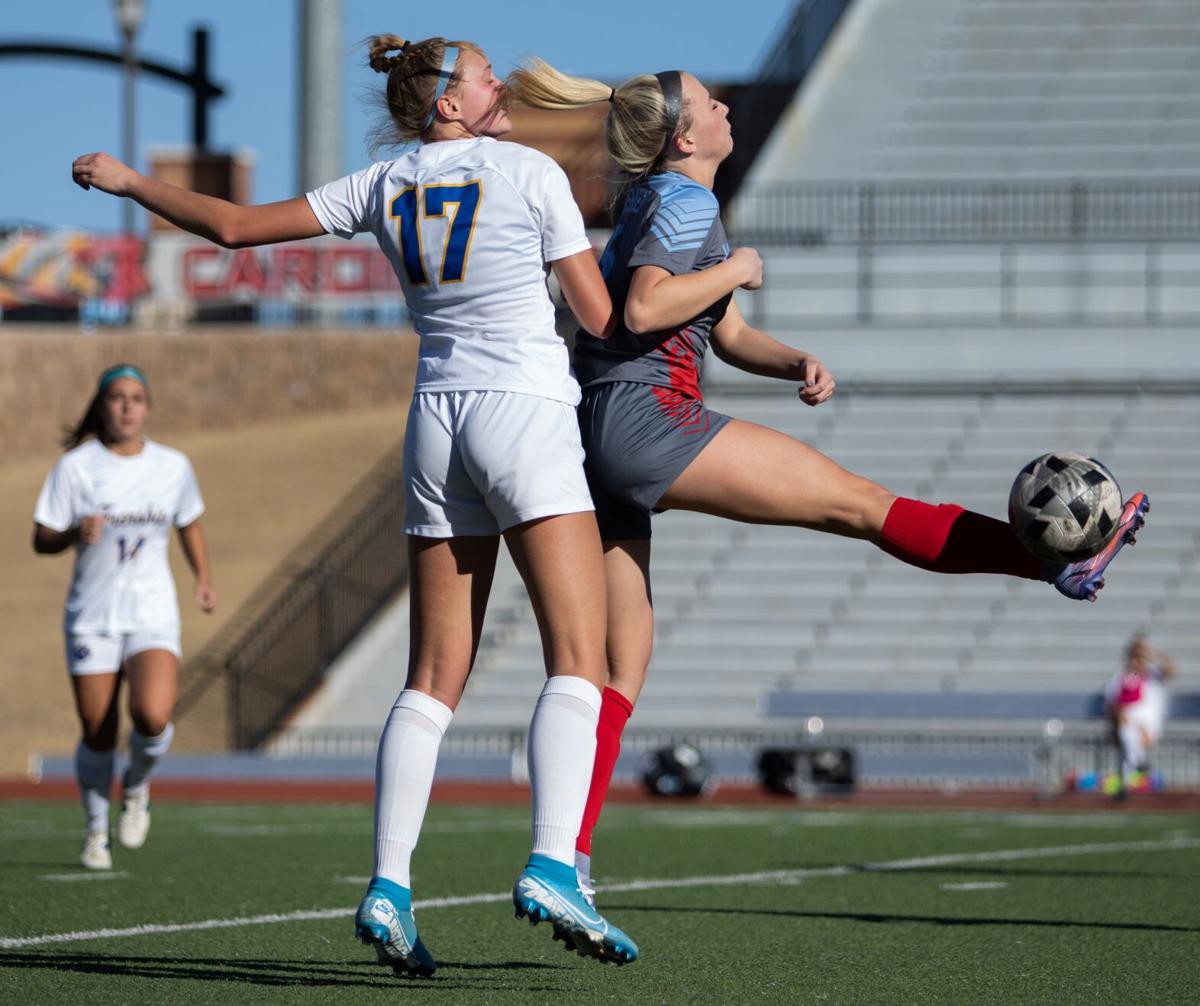 Monterey’s Macy Nana gets a touch on the ball from a punt.

Sometimes all it takes is a halftime pep talk to get on track, and for Frenship, the spiel from coach Lauren Denning led to a two-goal second half in a 2-0 victory against Monterey on the first day of the GermBlast Kick-Off Classic.

Defense was the name of the game for both teams, and the physicality led to a rear back on advanced parts of soccer.

“Whenever you have a physical game, you really need to move the ball quickly,” Denning said. “The less time you have on the ball, the less time they have to get strong challenges on you.”

Both defenses presided early and errant touches and passes riddled both sides.

For the Lady Plainsmen, the plan was to not dwell on offense, but take advantage of good defense. The counterattack bolstered the majority of their opportunities, and Tori Vidaurre held a versatile role on both sides of the ball.

She favored the right side of the pitch and cut out numerous through-balls to prevent potential Tiger scoring opportunities.

But as the physicality of the game wore on, Monterey struggled on the same front.

“I don’t know if we adjusted to it as well as we should have,” Lady Plainsmen coach Jarod Loffler He said. “I have a bunch of freshmen and they’re getting used to that physical play style. … It kind of frustrates the young ones, but games like this help them learn.”

For Frenship (2-0-2), it was no better in the first half, but a strong, spirited halftime talk primed the Tigers for an electric closing half.

“You don’t want all the halftime talks to be a butt-chewings, but every now and then they kind of need it.” Denning said. “Monterey came out to play and they were frustrating us.”

Zeta McDannels said Denning told the squad to step it up quickly, get more physical and to get the ball up the field.

In quick time, Frenship’s newfound groove came to the surface following the break.

McDannels was at the forefront in midfield and she controlled the pace of Frenship’s offense while being strong on the ball and feeding her teammates.

Shots on goal increased heavily for the Tigers, but their first goal of the contest came from a Monterey error.

“It was one of those days where the first goal goes in on something a little bit unlucky on them, sometimes it’s better to be lucky than good.” Denning said.

A bobbled grab from Monterey’s keeper led to an opportune chance from Makayla Verela, and she took advantage for the opening goal.

Fortunately for the Tigers, Gabby Torres put the icing on the cake.

With less than 3-minutes remaining in the game and Monterey (3-3) on a desperation attack, Torres let go a blistering shot attempt that secured the victory.

For both teams, the focus lies on a bigger goal, and the overall setting of the tournament has paved the way for numerous advancements for the better.

“This is why we have these tournaments -- so players can learn and develop, and hopefully we’ll get there by district.” Loffler said.

For Frenship, this weekend’s hectic schedule provides a test of pregame preparation and an emphasis on the finer things ahead of game day.

“Being prepared ahead of time, doing the right things before the game,” McDannels said summarizing what they want to take from the event.

Tournament play continues Friday, with both teams playing at Monterey. The Tigers will face Canyon at 9:30 a.m., followed by the Lady Plainsmen hosting Midland High.